How Much Should You Take Out Of Your Pension Pot?

No one is as wise, prudent or capable of self restraint as they think they are.

When we think of a large sum of money, £100,000 say, we tend to think in terms of what it might buy: An incredible car, several years travelling round the world, a large new extension transforming our house into a dream home, or continued financial security in our old age?

The latter is, of course, less exciting, less glamorous, and less fun, but far more important, which is why, when savers became eligible to draw down their pensions, everyone urged them to exercise a degree of caution.

The Chancellor of the Exchequer, George Osborne, announced that annuities, the insurance policy taken out against the value of your pension, guaranteeing a monthly income for life, would cease to be compulsory in his budget in April 2015 budget.

It means that when you retire, you can access as much or as little of your nest egg as you like in a lump sum, depending on your attitude to paying tax.

The question, however, is how much can you withdraw from a pension before it ceases to be a viable savings pot?

Twenty years ago, the financial advisor William Bengen calculated what he believed to be an exact figure for the amount an investor could withdraw annually and maintain the same standard of living. 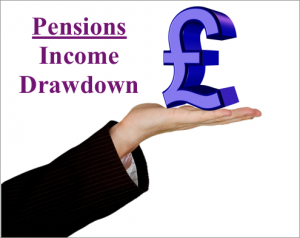 Bengen, who lived and worked in the USA, based his calculations on a portfolio of US stocks and bonds, divided evenly between the two. He assumed that on average, bond returns would be 2.6 percent and the return on shares would be 8.6 percent.

He also assumed that the total length of time that a person would be drawing on a pension for would be thirty years and on this assumption he argued that each year; a total of four percent of the overall pot could be withdrawn without running out of money.

However, all such calculations reflect the era in which they were made and the investment world 20 years later, post 2008 crash is very different.

There are plenty of economists and advisers who now argue that Bengen’s projections are flawed and do not match the current investment realities of our age.

A new study into pension draw down by Michael Finke, Wade Pfau and David Blanchett, published in 2013, titled “The 4 Percent Rule is Not Safe in a Low-Yield World,” state that pension companies cannot rely on Bengen’s rule any longer.

A larger population than ever before is reaching retirement age and the growing wealth of previously poorer countries with high savings rates is attracting more and more capital away from UK and US companies.

These factors combined mean that in 2015 we exist in an economy where yields of investments are much lower than when Bengen first calculated his four percent rule.

Because portfolios on average are not performing as well as they once did, one cannot rely on the same figures and arguably one should try to draw down less, or perhaps not draw down at all.

This might sound like an argument for re-instating annuities, and savers who want those kinds of guarantees can buy annuities if they choose.

Before committing yourself to any course of action, you should get some practical advice.

The market for pension investments is fluid, complex and difficult to predict, so it is worth seeking financial expertise before making decisions about your financial wellbeing for the rest of your retirement.

Our Pensions Tracing Service, can help you find any obscure pots of money that you are entitled to. Alternatively if you would like some advice or help in devising a pensions strategy for the future or finding a pension fund that suits you, why not speak to a professional adviser.

The Financial Conduct Authority does not regulate taxation and trust advice.

LEVELS AND BASES OF RELIEFS FROM TAXATION ARE SUBJECT TO CHANGE

THE VALUE OF INVESTMENTS AND INCOME FROM THEM MAY GO DOWN. YOU MAY NOT GET BACK THE ORIGINAL AMOUNT INVESTED