George Osborne delivered his eighth budget yesterday, featuring more spending cuts, a new type of ISA for young people, no change to petrol excise, the introduction of tax on sugary drinks and lots for small businesses.

We look at what you need to know and what it means for your money.

We knew it was going to be a challenging budget for the Chancellor, given the backdrop of turmoil in financial markets, slowing global growth and loosening monetary policy in the Euro Zone. So it was no surprise that he started with a warning that these factors are combining to create a "dangerous cocktail of risks" for the UK’s economy. An echo of speech he gave in January about so-called “storms’ gathering in the economy.”

He pledged to put stability first and make Britain "fit for the future."

Earlier in the day, official unemployment figures were released by the Office for National Statistics (ONS). UK unemployment remained at its lowest level since 2006, while wages rose more than expected. Average earnings went up by 2.1% in the year to January compared with 1.9% in the final quarter of 2015, excluding bonuses.

Mr. Osborne also confirmed that he will be unable to bring down debt as a proportion of GDP, forecasting it will increase to 82.6% in 2016/17 from a previous prediction of 81.7% in his autumn statement.

He said the economy was heading towards a surplus eventually and that he would try to cut an extra £3.5 billion before 2020. 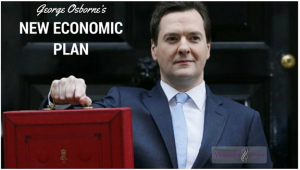 Capital gains tax is slashed from 28% to 20% for top rate taxpayers, and from 18pc to 10pc for basic rate taxpayers in April 2016,although the existing rates (28% and 18%) will continue to apply to gains on residential property and carried interest.

The insurance premium tax has been raised to contribute to the £700m increase in government spending for flood defences.

Sin taxes are an easy way for the chancellor to raise a bit extra. Few can object to raising additional money from smoking. Cigarette duty will rise by 2% above inflation and hand rolling tobacco duty will rise by 3%. There will be an effective floor on the price of cigarettes.

Beer, cider and spirits duty was frozen, but all other alcohol will see duty rises in line with inflation. There will be a freeze on spirits to protect the Scotch whisky industry.

Fuel excise duty is frozen for the sixth consecutive year.

The Chancellor is introducing a sugar tax on soft drinks to levied at manufacturers from April 2018. Delaying its introduction is to allow brands to change and develop lower sugar based products. It is too early to tell if the tax will be passed onto consumers. The measure is expected to raise £520million in 2018 and excludes fruit juices and milk-based drinks.

Shares in listed drinks firms dropped sharply following the Chancellor's sugar tax announcement. An hour after he sat down, shares in the following firms were affected AG Barr (makers of Irn Bru, Tizer and St Clement's) down 5%, Britvic (Robinson's squash) 3% fall and Nichols (Vimto) down 11%. 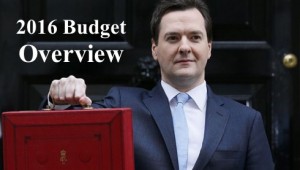 The Chancellor announced a new 'Lifetime ISA' that will be available from April 2017. The accounts will allow anyone under the age of 40 to save up to £4,000 a year and receive £1 for every £4 they save.

The Lifetime ISA will work like a pension, except that funds won’t be locked in until retirement, although you will forgo the government perk. This reinforces the Chancellor’s move towards greater flexibility in pension saving. You can get initial details on the Lifetime ISAfrom the HM Treasury site by clicking here.

The Chancellor also confirmed the Help to Save Scheme for low paid workers announced earlier this week. Employees on in-work benefits who put aside £50 a month will get a bonus of 50% after two years - worth up to £600. That could then be continued for another two years with account holders receiving another £600.

Small Business and Self Employed

The entrepreneurs’ relief 10% tax rate to capital gains made by long term investors in unlisted trading companies has been extended.

The Chancellor introduced a tax free allowance of £1,000 a year for ‘micro-entrepreneurs’ to help people that trade via platforms like E-Bay and rent out their homes on AirBnB.

Currently self employed individuals don’t have to pay Class 2 National Insurance (NI) if they earn less than £5,965 per annum, but they can also choose to make voluntary contributions. The chancellor will abolish Class II NI contributions for the self-employed from 2018.

Major tax cuts have also been announced for the oil and gas industry amid falling global prices, with the supplementary charge being cut from 20% to 10%.

Following changes to potential landlords and second homeowners with an additional 3% stamp duty charge that takes effect in April. The Chancellor confirmed that large investors will also be affected by the extra tax. Commercial stamp duty of 0% rate on purchases up to £150,000, 2% on next £100,000 and 5% top rate above £250,000. New 2% rate for high-value leases with net present value above £5m. Effective immediately - raising £500 million a year.

This has been a light budget by modern standards. The backdrop of uncertainty in global economies and markets and the EU Referendum limited the Chancellor’s scope for change. So all eyes will be on his Autumn statement in November now.

Here are the headlines that we expect to see politicians will debate over coming weeks.

Levels, bases of and reliefs from taxation may be subject to change and their value depends on your individual circumstances.